You are here: Home1 / Blog2 / LPG Leisure Time3 / Caravanning & Camping4 / Is it mandatory to have a gas test in your motor caravan and caravan every...

The gas test specifically for motor caravan owners is causing a bit of a splash at the moment. The reason for this is the new guideline for the main inspection (known in Germany as the “HU”) of camping vehicles, passed by the Federal Ministry of Transport and Digital Infrastructure (BMVI). Does this now mean that the gas systems in motor caravans are no longer part of the inspection? And what happens with caravans? We at GOK can clear things up in this article.

This is how it was for motor caravans…

For motor caravans, the regulations were always clear: If the owner cannot present any current test certificate for the gas system during the main vehicle inspection, TÜV and DEKRA complete the inspection with a major fault. For the camper, this means doing the gas test and HU one more time.

This is how it is now for motor caravans!

The BMVI has now revised the general evaluation of faults. According to this revision, the lack of proof of the gas test is no longer viewed as a major fault. In theory, TÜV and DEKRA can now issue a new badge for the main vehicle inspection of the motor caravan. And this is even the case if the owner hasn’t had a gas test carried out for years and – in the worst case – the gas system is no longer safe. But, as we said, this is just the theory.

As a justification for this U-turn regarding the evaluation of faults, the BMVI states that the measuring devices which were previously used for the gas test did not meet the requirements of the HU directive. The plan now is to have described the requirements for the measuring devices and examiners in more detail by 2023. Until then, it is nominally the case that in a passing inspection result for a motor caravan, the owner is released from the obligation to prove that the gas system is safe according to G 607.

However in turn, this does not mean that the gas system will remain left out of the inspection completely. If the gas system has a fault, the HU examiner will also record this. As soon as the fault is written in black and white and the camper ignores this, their insurance protection starts to look quite doubtful.

And on the subject of insurance… Even if passing the main vehicle inspection no longer requires proof of a successful G 607 test, the worksheet G 607 still prescribes the gas test be carried out after two years at the latest. And this is also the stipulation for insurance.

That means that successfully passing the G 607 test is hugely important for your insurance protection to remain valid. To put it in plain language for campers: If in the future you neglect to take the gas test when it’s due, you risk not having any insurance protection.

Some time ago, TÜV SÜD published a clear statement on their website in the FAQs section (please scroll to the block of questions “QUESTIONS ABOUT THE MAIN VEHICLE INSPECTION (HU) OF MOTOR CARAVANS, CARAVANS AND TRAILERS”):

Here’s an important excerpt using the same wording: “At the time of the HU, there must still be a valid gas test, or the gas test may also be carried out by TÜV SÜD together with the HU.”

That means that, unlike the theory we described at the beginning based on the stipulations of the BMVI, TÜV SÜD do things differently in practice and only issue a valid HU badge if the owner can prove that the gas test was successfully passed.

And what about caravans?

Let’s take a look at the caravan gas test. For trailers, it has long been the case that if a gas test was not carried out or not passed, this was counted as a “minor fault“. So, you also got your test badge even if the gas system hadn’t been inspected by a specialist for many years.

Apart from the fact that GOK definitely does not support this practice and views it as very risky, the majority of campers still take their caravans in for regular gas tests. Why? First, let’s think about how many campers exercise common sense and simply weigh up the risks.

No gas test means potentially undetected dangers when using the gas system. For a modest financial expense, you can have safety and assurance, thanks to the G 607 specialist.

From a statement made by TÜV SÜD to well-known magazine Camping, Cars & Caravans, we can clearly see that the gas test is mandatory for caravans as well. A decisive excerpt: “The owner is therefore informed that no HU will be carried out without an inspection of the gas system.”

You can find more detailed information on the Camping, Cars & Caravans website: https://www.camping-cars-caravans.de/news-termine/news/neues-bei-der-gaspruefung/.

Three reasons for the gas test

People who aren’t satisfied with safety for themselves, their loved ones and other people might be convinced by the argument about a lack of insurance protection. As it will be with the motor caravan, it is already the case with the caravan: If you drive without valid proof of the proper working order of the gas system, you risk losing the insurance protection of the vehicle.

In addition, campers may also find that they are not even allowed to park at their preferred campsites without proof of the gas test. Some site owners are now paying more attention to the test certificate. They have made it a condition for even crossing the threshold of the campsite – no matter whether it’s a motor caravan or a caravan.

On the subject, no matter whether motor caravan or caravan: According to the EU directive 2014/45/EU dated 03 April 2014, gas system testing is prescribed and therefore a stipulated component of the main vehicle inspection. And this EU directive applies to both motor vehicles and motor vehicle trailers, which means: For motor caravans and caravans!

Evaluation by GOK and the relevant authorities

In our opinion, most campers are very responsible and know that handling the source of energy LPG is not dangerous, provided you observe certain rules and act on your common sense.

But if you’re delighted about the news for motor caravans and the prospect of saving around 50 euros for the gas test every two years, you’re making savings where you shouldn’t. Even then, we don’t think that in the years to come there will be a large number of “ticking time bombs” driving around. However: Even an accident caused by a lack of care or poor decisions when it comes to saving money can have severe consequences in front of the judge.

In our opinion, the independent travel and motor caravanning blog Campofant has summarised the situation very well. A clear reading recommendation (only in German):  https://campofant.com/gaspruefung-wohnmobil-wohnwagen/. 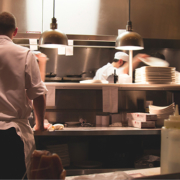 Can I have a German LPG cylinder filled abroad? 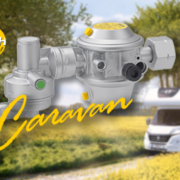 Are there any differences in the gas test of mobile homes or caravans and motor caravans?

How dangerous is the use of LPG in gas cylinders for private persons?